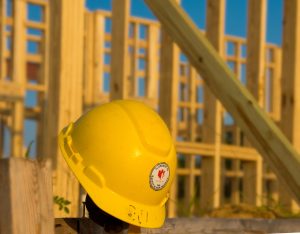 Although it is still to be determined how much funding trickles down to Houston from the $1.2 trillion Infrastructure Investment and Jobs Act, signed into law by President Joe Biden Nov. 15, city officials are looking to be prepared for when new competitive grant programs open up and start taking applications.

Almost half of that funding, about $524 billion, will go toward new transportation, utilities and pollution control projects. The city of Houston is in position to bring in grants from a number of programs, said Susan Lent, an advisor to the city with the law firm Akin Gump Strauss Hauer & Feld LLP.

“This is an opportunity for the city of Houston to begin planning now to identify the opportunities that it wants to pursue so that it can communicate its priorities to federal department agencies and members of Congress,” Lent told members of the city’s Transportation, Technology and Infrastructure committee at a Dec. 2 meeting.

Allocations in the bill either came in the form of more money for existing programs—such as state loan programs for clean drinking water and transportation dollars distributed by the Texas Department of Transportation—or money put into new programs, including a Projects of National Significance Program that allows recipients to enter into multiyear grant agreements, Lent said.

When it comes to transportation in particular, many of the new programs give cities the chance to apply directly for funds, Lent said.

“Before this law …. probably 85%-90% of transportation dollars went out by formula to states,” she said. “This law creates a large number of new federal grant programs where cities can apply directly.”

For the full article click on link below :
https://communityimpact.com/houston/heights-river-oaks-montrose/transportation/2021/12/02/here-is-what-the-infrastructure-investment-and-jobs-act-could-mean-for-houston/
Newer BIGGE’S TOWER CRANE ACCELERATES WORK AT HOUSTON MIXED USE DEVELOPMENT